On the Wolf ’s side

This book was born to make people aware and think about the hunting theme.

The hunting kills millions of innocent animals every year and provokes deaths and accidental wounded people.

The hunting is ethically an unacceptable activity that impoverishes our ecosystem and the biodiversity.

Animals are not objects at armed people’s disposal.

The hunting is the expression of a violent culture, that is incompatible with the real safeguard of the ecosystem.

The hunting fuels the weapons’ industry.

The hunting kills everybody.

It is a book for elementary school and for that parents that are interested in speaking about the hunting theme with their children. This book offers not only the reconsidered fairy tale of Little  Red Riding Hood, but also two short stories. One, written by Marco Verdone and titled “Things that you humans…” , is about a news story and wants to make people think about the direct and indirect effects, that the violence brings. The other one “The huntsman’s tree”, written by Sonia Campa, tells about the hunter, that having understood the suffering that he provoked, will do something unexpected. He will understand the importance of respecting every kind of life.

This book is dedicated to the all hunting’ s victims, animals and humans.

It is especially dedicated to the memory of Paolo Tamburini,

homeopath vet, that used to work in Pisa and Tuscany.

He devoted all his life helping animals.

in the woods near his home with his dog Brino.

The gunshot of a hunter killed him.

A special thought goes to the children

in order to keep always their eyes open

and to the adults that decide to plant trees, 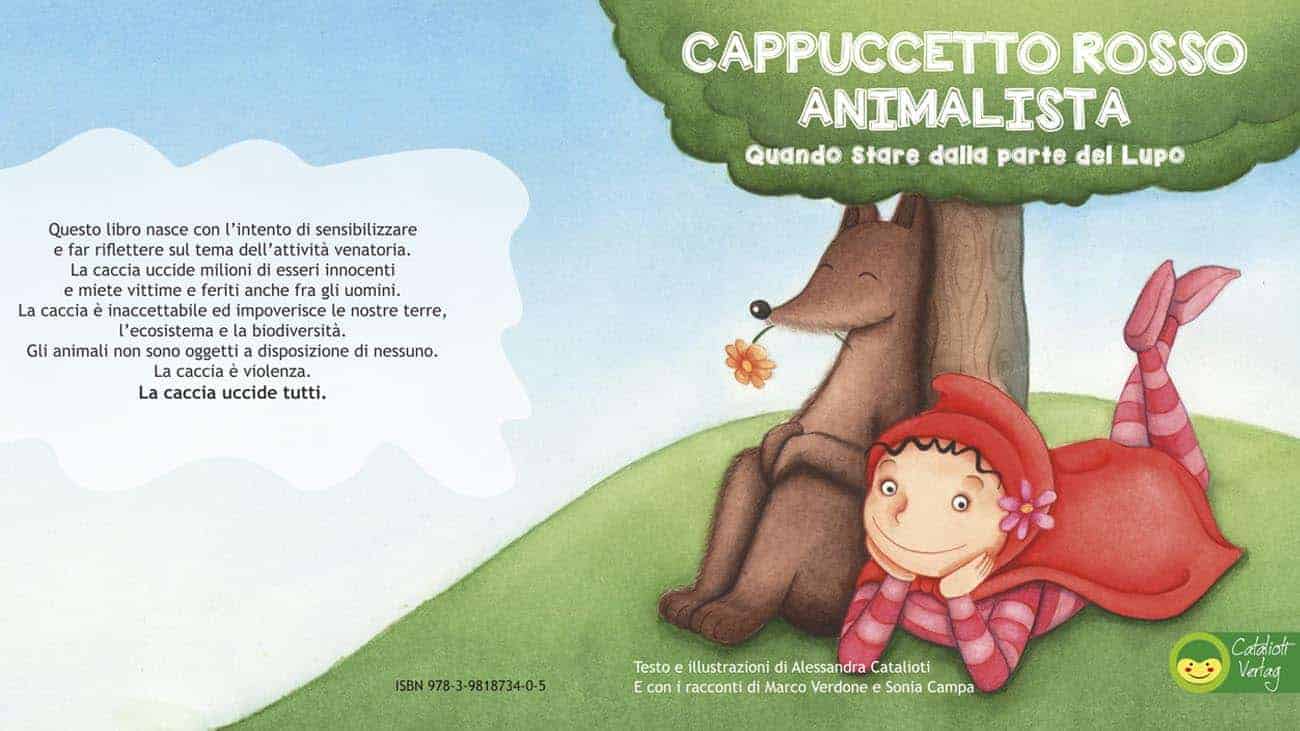 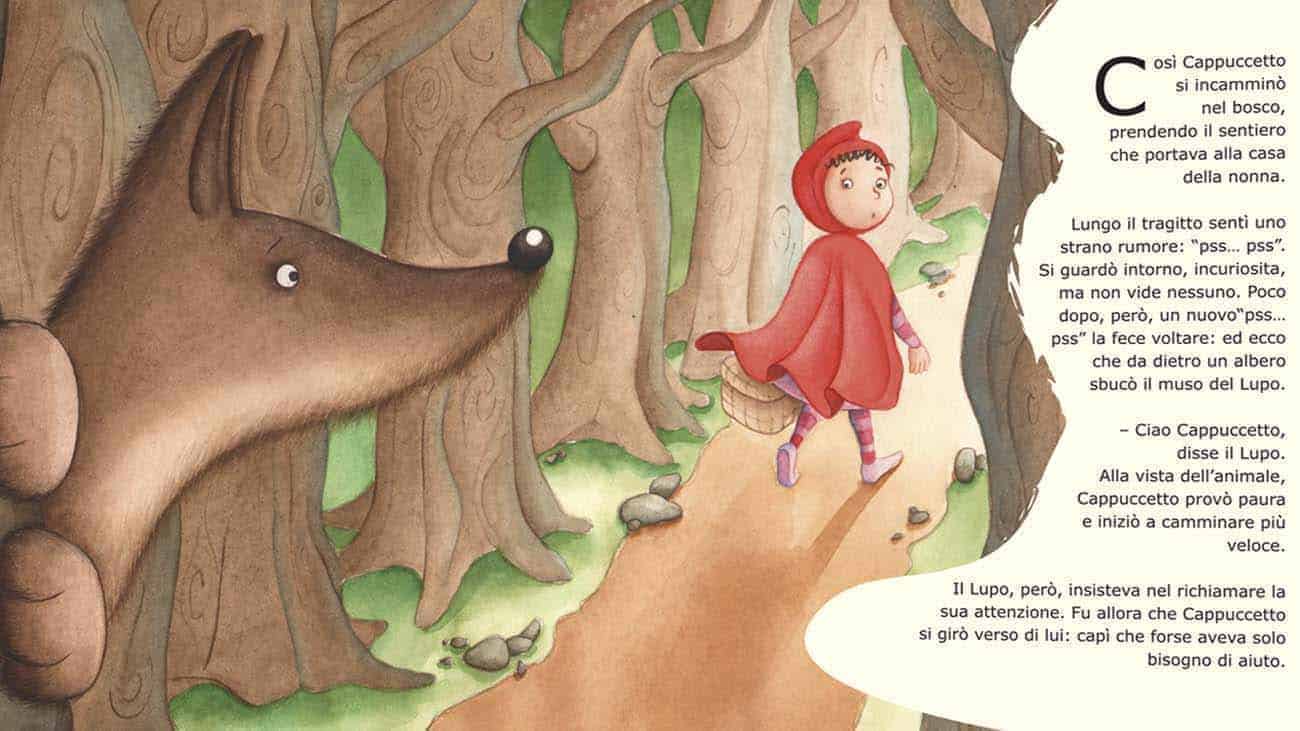 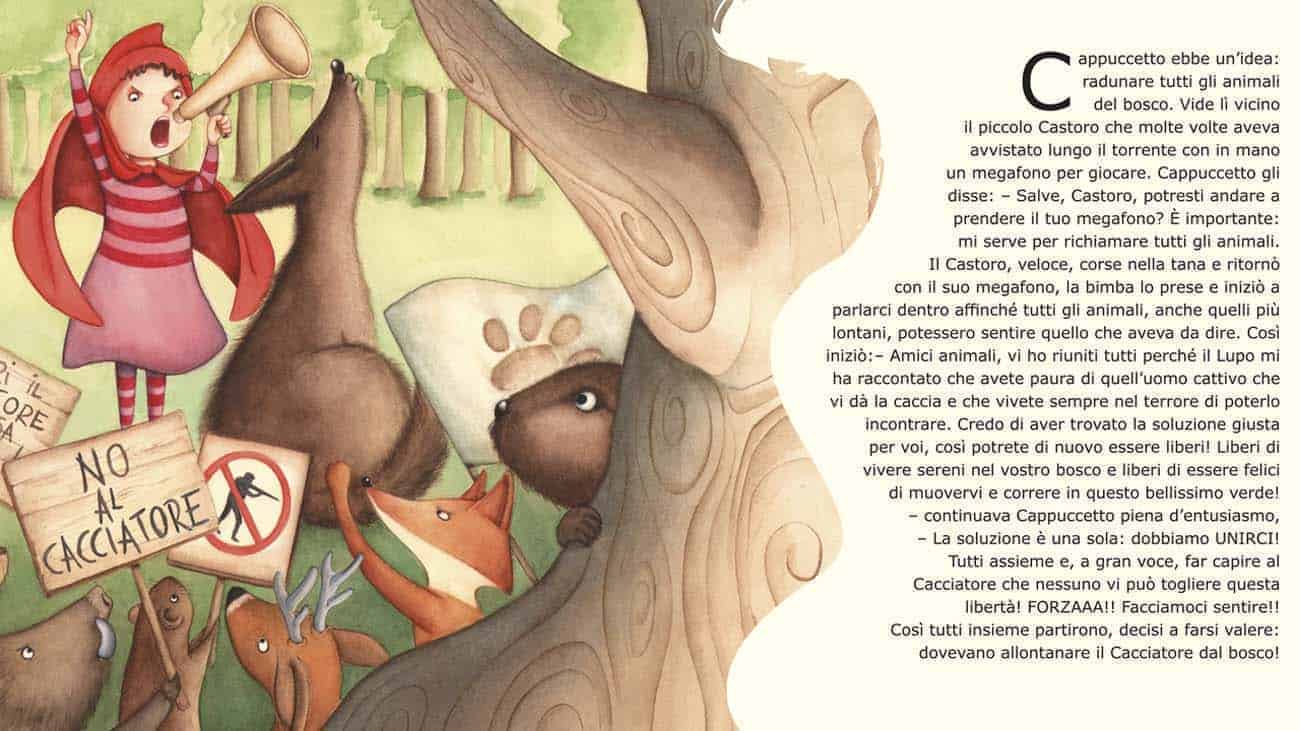